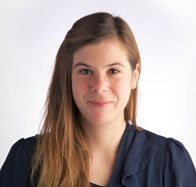 During my PhD I began to realise that, although I still found astrophysics fascinating, life as a researcher would mean sacrificing a certain amount of career stability.  It was at that point that I began to look around for other options.  Luckily, a friend of mine had long had the unusual childhood dream of becoming a patent attorney and encouraged me to look into the role.  I would suggest to anyone who had trouble narrowing down subjects at A-level to consider a career as a patent attorney.  The science is varied and challenging, but skills in English and foreign languages are important too.  As the job title suggests, it is also necessary to learn the law relating to patents which can be rather daunting for a scientist but is definitely interesting.

I have been at Beck Greener in the physics, electronics and engineering team now for two and a half years and have really enjoyed my time working here.  Our group works on drafting and prosecuting patents from a wide range of technical subject areas. This means that I have had to learn about the shape of drill bits, children’s games, set top boxes, and engines among many others.  The atmosphere at Beck Greener is extremely supportive and friendly which means that not only are people always there to help if you have a problem or a question regarding work, but everyone socialises together after work regularly (we even have an early finish once a month on a Friday for drinks in the office).  It makes a difference to know that people are rooting for you when you take exams, which are fairly regular during training!

Early on in my training I worked with one of the partners, who spent time with me daily going through my early attempts at responses.  Nowadays, I also occasionally assist several of the other partners on different projects which gives an idea of how work styles can vary.  I have found at Beck Greener that because of the size of the firm there can be a more flexible and personal style of training.  I am not at the stage of having taken my finals just yet but I know that the partners and associates are all happy to hold tutorials ahead of the exams (despite the fact that it might be for just one or two trainees).

Although you have to be willing to put time and effort into learning a completely new profession, the job is rewarding, challenging and varied.  I would encourage anyone considering a career as a patent attorney to go for it!