Internships are popular with graduates and school leavers looking for work experience, allowing them to try a variety of different companies and industries to find the right one for them. Employers like internships because they allow an extended period to assess several candidates before offering a job to those most suited. 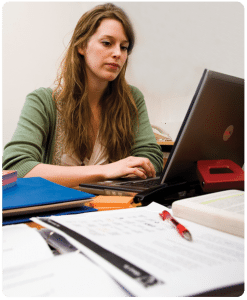 However internships have been in the news more than ever in the past 12 months, as graduates and school leavers fight for jobs and experience and some employers come under fire for offering no remuneration for some of their internship schemes. These disputes have prompted several court cases, leaving many in confusion as to the employment rights of interns and their entitlement to pay.

Internships and the law

Traditionally the matter of whether interns acquired employment rights, and especially the right to be paid for their time, fell to the individual generosity of the employer and the customary norms in a given industry.

Increasingly the demands placed upon interns means that the work they are doing for their employer places them in a situation where they are more akin to a ‘worker’, and therefore able to acquire employment rights.

This fact has been well illustrated by a series of cases in which courts have awarded pay and benefits to interns after being convinced that their placements made them ‘workers’.

Important factors in courts’ decisions include:

An intern or a worker?

If an internship meets any of these criteria it is likely that a court will view the intern as a worker and award them certain employment rights. It is important to emphasise here that workers are not employees, and so do not acquire the full range of employment law rights.

Interns do however have several important rights, including:

Despite this, not all internships will be seen as creating these employment rights. Certain types of internship will remain unpaid. These include one-year placements completed as part of a university degree, and voluntary placements conducted for charitable organisations.

The future of unpaid internships