About: The global financial services industry 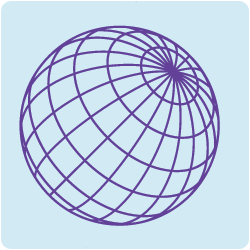 Investment professionals have been roaming the world for centuries in search of profits, for themselves and for their clients. For example, the Medici boys (this was a man’s business), travelled the Mediterranean and beyond for the family bank, making it Europe’s biggest for most of the 15th century. Fast-forward 400 years, and ambitious young Scotsmen were roaming America, following the progress of investment capital sent from Edinburgh and Dundee to help tame the West.

Today, young British men and women find well-paid and fulfilling careers across the world’s financial centres. History plays a big part in this. Traditionally or, since the Medicis lost their grip, London has been the world’s leading financial centre. New York caught up rapidly during the 20th century, and the pair now vie for the top slot, as the results of the latest Global Financial Centres Index (GFCI) show (see below). This is a major survey conducted twice a year which tracks how financial centres around the world are faring in terms of professionals’ perceptions of them.

New York is a much bigger market generally than London, thanks to the size of the US economy, but London more than holds its own as a global hub. The Lord Mayor of the City of London spends almost 100 days a year abroad, promoting its activities.

Doors will open in most major centres for any bright, properly-qualified, hardworking person entering the finance industry, after they have gained some experience on home turf. The rewards of working abroad, both in terms of professional and personal experience and pay, can be huge.

The importance of professional qualifications

There is a great deal of evidence to prove the link between a thriving financial services centre and the development of a skilled workforce. GFCI consistently puts the availability of skilled personnel at the top of the list of factors that determine the success of a centre. The GFCI questionnaire asks respondents to indicate which factors for competitiveness they consider the most important. The table shows key results from the latest survey, based on 23,043 financial centre assessments drawn from 2,379 respondents from around the financial world.

The Commonwealth of Nations

The countries of the former British Commonwealth, where two billion people (a third of the world’s population) live, have benefited from London’s strength. Though the Commonwealth is no longer what it was, most of the countries that formed it are bound together by shared history and commonalities of language, business practice and law. As the GFCI table shows, Hong Kong and Singapore, both with a strong British heritage, are powerful global finance players.

A UK graduate or school-leaver considering a spell in this vibrant powerhouse of a country will need a few years’ UK experience in the industry, and will benefit from securing the CISI’s globally recognised Investment Operations Certificate (IOC).

Canada has emerged of late as an attractive centre for energetic young people from around the world. Its economy is weathering the storm. It entered the downturn in better condition than many, because when times were good it managed surplus budgets and kept down the national debt. Today, Canada has the lowest net debt to GDP ratio in the top seven countries.

Gordon Campbell, Canadian High Commissioner to the UK, points out: ‘Forbes magazine ranks Canada as the best country in the world in which to do business. We have generous research and development tax incentives, first rate technology and innovation, a highly skilled workforce, investor protection and a lack of red tape.’ The International Monetary Fund predicts that Canada’s economy will continue to be a leader in the industrialised world over the next two years.

Four Canadian cities are now in the top 30 of the Global Financial Centres Index. Toronto offers a breadth of financial services activity that makes it the third largest financial services centre in all of North America. Beautiful Vancouver is Canada’s Pacific gateway, offering unique access to trade financing in the fast growing Asia Pacific markets. Calgary is a global hub for energy and commodity financing. Montreal has strong expertise in pension management, and leads in developing software for the financial services sector.

The Middle East, and the Gulf of Arabia in particular, has long been a magnet for British expatriates working in finance, from Riyadh in the west to Dubai in the east. The Gulf Cooperation Council countries – Bahrain, Kuwait, Oman, Qatar, Saudi Arabia and the United Arab Emirates – all have strong affinities with Britain, pay expatriates well and have pleasant climates, with the exception of the screaming hot summer months. They are a comparatively short flight from home – say seven hours as compared with twice that to East Asia and the west of North America. All the Gulf financial centres have strong British clusters for those feeling a little homesick.

The CISI is growing particularly strongly in the Middle East, with office hubs in Bahrain and Dubai.

Further west, India’s and Singapore’s new strengths reflect a general shift in the centre of gravity of the urban world south, and more decisively east. The consulting firm McKinsey annually crunches numbers from 2,000 metropolitan areas to distil a list of the predicted 25 ‘hot spots by 2025’. The McKinsey report concludes:

‘One of every three developed market cities will no longer make the top 600, and one out of every 20 cities in emerging markets is likely to see its rank drop out of the top 600. By 2025, we expect 136 new cities to enter the top 600, all of them from the developing world and overwhelmingly (100 new cities) from China.’

While economic size is not a direct measure of investment industry importance in the short-term, the two are closely linked in the medium and longer-terms. Note the strength of China in this, and any other business survey. In almost every financial centre in which a Brit might settle for a while, English is the working language, though a knowledge of the national language improves both the working and personal experience of a stay. China is the exception; a decent command of Chinese is pretty much a requirement if you plan to work in mainland China (as opposed to the much more Anglophile Hong Kong) for more than a few weeks.

The finance centres of the future

Today’s top global finance centres are fairly obvious – London, New York, Hong Kong and Singapore. What does the future hold? The Z/Yen survey picks out a top ten based on asking survey respondents which centres they consider are likely to become more significant in the next few years.

Finance is well-paid and hard work, sometimes a bit of a grind and fiercely competitive. But it comes with a quick-thinking and intellectual edge. One such example is the debate over Long Finance which is led by Professor Michael Mainelli, a Chartered Fellow of the CISI. His think-tank and consulting firm, Z/Yen, produces the financial centres index. Professor Mainelli says:

‘In contrast to the short-termism that defines today’s economic views, the Long Finance time-frame is roughly 100 years.’

The question underlying Long Finance’s goal to improve society’s understanding and use of finance over the long-term makes a great riposte at that inevitable moment during an interview when they ask you if you have any questions: ‘When would we know our financial system is working?’ should flummox even the sharpest investment banker.