About: The global finance industry 2016 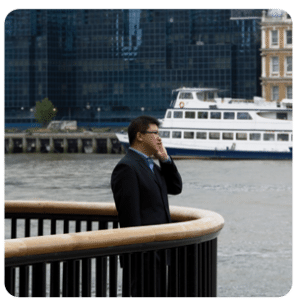 The financial services industry in the UK remains the most stable in the world, and provides a fantastic base to start your career in finance. A few years of experience, and perhaps a professional qualification, can provide you with a passport to working in most of the world’s major financial centres. Working abroad can offer huge earning potential, and demonstrates a level of ambition that can boost your professional standing.

Your journey towards an international career could start at graduate level. Many organisations that operate in the UK are part of international groups, or at least have interests and clients based overseas. Joining one of these global firms can open doors to career development programmes in foreign offices. Naturally, fluency in a second language can be hugely beneficial in this respect, though many companies will place their employees on a learning course, if desired.

The Commonwealth of Nations

The shared history of the nations that make up the former British Commonwealth, as well as the commonalities of language, business practice and law, permits a relative ease of passage for the UK finance professional. Representing a third of the world’s population, membership provides ready access to huge financial markets. The modern Commonwealth’s big three in economic terms – Australia, Canada and India – have been important settlements for young investors looking to make their names abroad.

Largest of the member states, Canada is currently home to four of the top 30 cities in the GFCI – Toronto, Montreal, Vancouver and Calgary. Each comes with a unique composition of services and varying levels of access to foreign markets.

The Middle East has long been a home from home for British expats in finance. The Gulf Cooperation Council (GCC) countries of Bahrain, Kuwait, Oman, Qatar, Saudi Arabia and the United Arab Emirates have been especially welcoming hosts. Dubai is currently the leading GCC centre in the GFCI. Attractive salaries and splendid climates have given rise to solid communities of British emigrants within the Gulf financial centres.

As the GFCI table shows, Asia has the best showing of elite financial centres, with Singapore coming third and the three centres ranked in the top five, outstripping both Europe and North America.