Hot Topics: The future of the tax profession 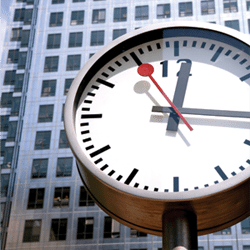 During the last two years, taxation in the UK has probably been the most talked about since the advent of the notorious ‘window tax’ in 1696, when King William III tried to impose income tax by stealth taxing the size of properties. In this article we explore the tax profession today and the ways in which it is adapting to public attitudes, changing legislation and the uplift in the economy.

In late 2012 and early 2013 the Public Accounts Committee (PAC), the body responsible for examining government finance and making sure it gets value for money, began a crusade led by the chairwoman Lady Margaret Hodge. Their cause was to see if corporations and individuals were paying their ‘fair share’ of tax. This was a seismic shift in attitude to the traditional view that tax is a legal, not moral, issue.

The PAC’s investigation into large corporations such as Amazon, Starbucks and Google led to significant newspaper coverage. Whilst it became obvious to those working in the tax profession that the PAC did not always know or understand tax law, none of the companies it investigated were made to pay more tax, as their tax arrangements were correct within existing UK and international law. However, it brought taxation into the public consciousness, and with the PAC’s grilling of the Heads of Tax of the UK’s largest accountancy firms, suddenly the tax profession itself was a topic for dinner party debate.

How does the public debate affect you?

For new graduates looking for a career in taxation, the raised profile of the tax profession makes it an exciting time to enter the field. Public debate over the morality of what is a ‘fair’ amount of tax to pay versus the actuality of what is the legal amount due, combined with increased legislation from both the UK and international bodies, means that tax is becoming increasingly complex.

Most graduates going into taxation will be looking at roles in accountancy firms or law firms, although some will also go the civil service route and join HMRC. In the profession – the accountancy firms and law firms – graduates decide what areas of tax they want to specialise in, the larger accountancy and commercial law firms tend to deal with large international businesses and High Net Worth individuals, while the smaller practices tend to focus more on smaller, owner-managed businesses. Thirty years ago, most trainees in taxation first gained a grounding in audit or accounting, or trained in the Inland Revenue, before specialising in taxation in an accountancy firm, but nowadays most graduates join tax departments directly from university.

Alongside traditional accountancy firms, there are tax boutiques. These boutique practices specialise in providing tax advice and planning. They come in a range of shapes and sizes, from specialists in VAT and indirect taxes, to providers of mass-marketed tax planning arrangements.

Changes in attitude toward legitimate tax planning mean that many large corporations are questioning the normal tax planning that they do. They are keen to include details in their corporate literature about the level of tax they pay on a global basis, in an effort to prove that they are responsible. Some, like Starbucks, are even paying voluntary sums to ensure that they do not get negative publicity (by not taking advantage of legitimate deductions against income).

Conversely, the difficult economic climate of the last five years means that many owner-managed businesses which are not in the public spotlight are keen to improve their cash flow by saving tax, and using it to help fund growth as the economic environment improves. So tax professionals are being asked by some clients to help increase the transparency of their tax compliance, and by other clients to help them save tax legitimately, to help rebuild businesses which have been damaged in the recession.

Tax is becoming an increasingly global phenomenon. The Big Four and top 30 accountancy firms and large commercial law firms manage the affairs of their clients across borders. Graduates in these teams often have the chance to undertake secondments overseas, or at least to talk to their colleagues in other offices and time zones. Increased globalisation has led to new specialisms in tax such as expatriate taxation and transfer pricing. Expatriate taxation advisers help employees and employers with their local country tax and home country taxation when staff work away from home. Transfer pricing professionals advise international companies on the allocation of profits and losses within the jurisdictions in which they are based or trading. This then determines how much tax is paid in each jurisdiction.

Tax is also becoming increasingly regimented; companies with turnovers in the UK of over £200 million, for example, now have to appoint a Senior Accounting Officer (SAO). Part of their role is to monitor the tax paid by the business and to ensure that the deadlines for reporting and paying tax are met in a timely fashion. Tax professionals are also moving ‘in-house’ to PLCs to help finance professionals with reporting. These in-house tax professionals help the company with reporting and tax accounting, and also with legitimate tax planning. As companies come out of recession and look for value for money, they are actively targeting tax professionals to bring in-house, so that they might incur fewer fees from external tax advisers.

DOTAS and changes to tax planning

The Disclosure of Tax Avoidance Schemes (DOTAS) legislation, along with the public naming and shaming of celebrities and high profile individuals by the press for the use of tax planning products, has caused a decrease in demand for some mass marketed tax planning arrangements. These schemes – though within the scope of UK law – often use loopholes in legislation to put a different slant or interpretation on what the legislation was bought in to do. As a result, tax departments in accountancy firms and tax boutiques are moving more towards bespoke tax planning, tailored around an individual’s particular circumstances rather than using an off-the-shelf, one-size-fits-all model.

Against the background of increasing legislation and a rise in profile of taxation, the tax profession has also been affected by the economy. The recent recession led to accountancy firms decreasing the number of graduates that they recruited, which has led to a skills gap; a lack of new and recently qualified tax professionals. This makes it a great time to enter the tax profession, as the uplift in the economy allows firms to increase their graduate intake to help them train new professionals to fill the gap.