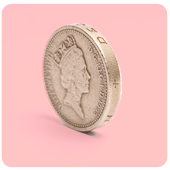 Despite the impact of the financial crisis on hiring and remuneration, the banking profession remains one of the most lucrative, challenging and rewarding careers for ambitious graduates. Before the Lehman collapse, university leavers were able to command impressive salaries and bonuses in the banking world – earning way above the national average graduate starting salary.

Admittedly, the package available to new joiners isn’t as lucrative now as it was prior to 2008. But graduates entering the banking sector still receive some of the best salaries and benefits in the employment market, including low-cost season travel ticket loans, the option to buy more holidays and subsidised staff restaurants or gym memberships. There are fewer golden hellos, but (barring top management consultancies and magic circle law firms) it was a perk that was pretty much exclusive to the banking sector.

Salary and benefit packages are still excellent. Graduates can expect to command a starting wage of around £40,000. It is even higher in the top investment banks, particularly the Wall Street giants.

That means competition for roles is fierce: about as fierce as it gets. The key to breaking into the industry is thorough preparation. Successful applicants have to want it more than other candidates, but they also have to be better prepared and savvier than other applicants. This is where recruiters play an important role, helping guide candidates through a process which has been lengthened, and hardened, by more interviews and more psychometric testing.

It is worth the effort, however. Firms offer numerous professional qualifications, and some will even bankroll you through an MBA. Getting a graduate job in the sector is a launch-pad for the rest of your career. The training and experience on offer is first-class, so we advise candidates to consider more than just the flashing pound signs.

There is also a wider variety of graduate roles on offer compared to the last few years, and not just in London. Employers are now particularly focused on risk-based roles (a response to the wave of regulation imposed on the sector since the 2008 downturn). The range of roles available to candidates inevitably suffered after 2008, but things have started to pick up since 2010.

That’s not to say investment banks, investment management firms and insurance firms aren’t still cautious, but at least we’re seeing an end, for the most part, to the hiring freezes which bottlenecked the graduate market in the immediate aftermath of the banking crisis.

There’s no doubt that a career in the financial services sector remains incredibly well paid, so if you’re fortunate enough to get an interview request, you must be well prepared. Leave no stone unturned during your preparation. Golden opportunities need to be snatched with both hands now more than ever – and if you don’t, someone else will.