About: Salaries & benefits in retail banking 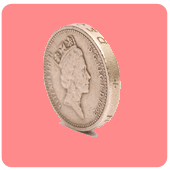 They might not be the eye-watering figures that the media loves so much, but the overall salary level for retail bank staff is still good.

It’s difficult to be too specific; there is a huge diversity in banking jobs and the individual banks will set their own salary levels. Differences in branch sizes – and therefore responsibility – plays a part in determining individuals’ salary and those working in and around London and other major cities can usually expect their salary to reflect the higher cost of living in those areas.

Entrants at branch or call centre level and with GCSE qualifications can probably expect to earn an initial starting salary in the region of between £13,000 – £18,000 but this will vary according to the role, location and individual bank.

With plenty of opportunity to develop your career you could soon reach a management position.  With a whole range of jobs coming under this category, from a junior manager at a satellite branch to a manager in a large full service branch, there is a wide salary band, but you could expect to earn roughly between £21,000 – £40,000. Salaries for senior management roles and above are negotiated individually according to the job requirements, individual skills and responsibility involved.

Graduate entrants will usually enjoy a higher salary, perhaps in the region of £20,000 – £25,000, but again this will depend on the role and location.

There is more to remuneration than a salary though and holiday entitlements are quite generous, starting at around 23 days a year plus bank holidays and typically rising according to length of service and seniority to around 30 days.

Where staff are required to work outside of normal office hours they may be entitled to overtime pay and/or time off in lieu. Where a more formal shift arrangement is in place, a shift allowance could form part of their pay.  Managers’ roles often include some out of hours work for which no extra payment is made, with the salary reflecting the additional hours worked.

Where regular UK travel forms an intrinsic part of the role, the bank will provide a car and some management roles offer the choice of a car allowance or a company car even if regular travel doesn’t form a major part of the job.  Private health insurance can sometimes be included in the overall remuneration package too.