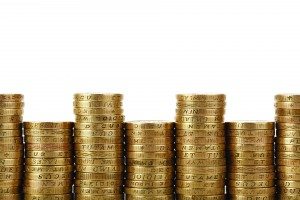 Management consultancy salaries are comparable with some of the best paid jobs in the country. Find out what you could earn at each stage of your career, how salaries vary across sectors and specialisms, and what employers expect in return.

A Brexit effect on salaries?

As the UK economy becomes more and more characterised by the result of the Brexit vote in summer 2016, there are valid questions to be asked about whether or not the management consulting landscape has changed and what effects, if any, there have been on salaries. Well, the answer is ‘not much’ – or at least ‘not much yet’. The widespread uncertainty and initial caution after the referendum result has been balanced by a steady growth in confidence and activity in the management consulting market. Indeed, recent statistics have suggested that the UK consulting market grew almost four times faster than the economy in 2015 and 2016, up nearly 10%.

For example, a busy regulatory environment has bolstered the growth of the ‘Big Four’ accountancy firms (Deloitte, EY, KPMG and PwC), with a particular emphasis in financial services, while operational efficiency, cost cutting, business process re-organisation and M&A/post-merger integration are other prominent areas of growth right now – all commanding steadily strong salary packages.

On a general level, management consultancies find themselves busier than at any time in recent years. The increased demand for services means a corresponding increase in the number of consultants, particularly at entry level. Competition amongst the firms to recruit the best graduates is fierce, and this is reflected in the financial rewards offered by the industry.

At undergraduate level, the consulting arms of the ‘Big Four’ are all competing with each other and the top tier strategy houses (McKinsey, BCG, Bain) for top ranking students – all in addition to the fast growing mid-size consulting firms and emerging digital consultancies. The competition is also fierce with other industries; areas such as digital technology, private equity and telecoms now sit alongside the traditional sectors such as investment banking.

So, while the demand for places still far outstrips the supply of openings in management consulting, the industry continues to offer enticing salaries to attract the best graduates.

There is no definitive, all-encompassing salary index – such is the wide scope of the management consulting market – but the tablebelow offers average benchmark figures for the primary role descriptions found across the industry. These figures are drawn from employed consultants (no self-employed consultants are surveyed) who work in firms of all sizes, sectors and functional areas. The common thread is that they are working in or around London, the nexus of the consulting industry in the UK. Salaries in the rest of the country are around 5-15% lower (sometimes more depending on the region).

Industry sector background can also have a bearing on salary. Consultants hired from highly-remunerated industries such as pharmaceuticals, financial services and media will often be brought in as specialists and command a premium over their consultant peer group. Those at the lower end of the salary bands tend to have come from the public sector, manufacturing, or retail.

Salaries are also influenced by billings. Consultants are expected to bill fees of around 3-5 times their annual salaries and therefore sectors with higher profits will support higher fees.

The traditional benefits and incentives still exist including a car or cash alternative for Manager grades and above (typically £6,000-£10,000 per annum) while a ‘benefits or cash’ offering can be worth up to 25% on top of the basic salary.

A range of new and different benefits are appearing in employment contracts, sometimes driven by competition and sometimes by the need to embrace diversity and flexibility. A standard ‘Bereavement Leave’ policy of around 10-20 days is one example becoming more commonplace.

Bonuses at the large operational consultancies tend to be less generous (up to 20% in theory but usually closer to 5-10% in practice) than those offered by the strategy and boutique firms (25-40%). Signing-on bonuses are still rare. The large partnerships are secretive about partner earnings but press reports indicate that senior partners enjoy packages in excess of £1 million once all the add-ons are considered.

Start-up or small boutique outfits will often offer a stock or profit share incentive but tend not to offer much beyond health schemes and life assurance on the benefits side. Personal pension schemes predominate.

Comparisons based on basic salary alone can be misleading – such are the complexities of overall packages – but the management consulting market is in a healthy hiring loop and competitive salary packages abound. This is driven both by competition amongst rival consultancies and to stave off the ever-present threat of consultants leaving for other industries.

Statistics from the Management Consultancies Association suggest only 13% of those who leave consulting leave for better compensation and benefits elsewhere.

Find out the other Top Reasons to Become a Consultant.