Getting Started: Graduate salaries in 2015 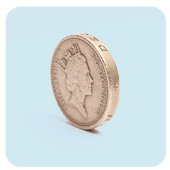 After a slight increase in graduate salaries in 2014, the trend is set to continue with a further modest 1.67% rise predicted in 2015 by the High Fliers Graduate Market Report 2015.

The median wage amongst large recruiters was £29,500, with a probable rise this year to £30,000. Graduate salaries in the UK have increased an incredible 23% since 2005, reflecting both the rising cost of living and economic recovery.

The High Fliers Report looked at recruitment practices across 100 of the UK’s best-known and most successful employers in various sectors including law, engineering, retail, business & finance, manufacturing and energy.

Top pay being offered was in investment banking and fund management, with median salaries as high as £45,000.

The banking and finance sector saw the largest rises in pay increasing by 9% on average. Pay in accountancy rose by 1.7% to an average of £30,000.

After four stagnant years in graduate pay between 2010-2013, the recent rises have been attributed to a desire to attract the best talent and move with the market. One employer said: ‘we’ve not moved on graduate starting salaries but one of our competitors has in order to attract the real top talent. Companies are looking to pick up the cream of top level graduates.’

The Public sector is the only sector in which median salaries are decreasing, by a considerable 9.1%. However, even with this large decrease, across all sectors graduate median starting salaries are up by 1.7%, a very encouraging figure for current graduates.

The concentration of financial jobs around the City might partially account for London retaining its top spot for highest graduate pay in the country, with an median starting salary of £30,000. The rest of the country averaged between £25-27,000 which is very impressive once cost of living is taken into account.

Of course, general statistics about graduate earnings can only tell us so much. Salaries vary greatly from small to large firms and industry to industry, so for a more detailed look at what you might earn in your chosen career, take a look at our salary articles for each profession:

When comparing salaries on offer, remember to think about other benefits too. A company might offer lower starting pay in comparison to a competitor, but  study support, pension plans, healthcare benefits and performance bonuses might add up to a more valuable offer overall. For example, traditionally lower public sector salaries have been seen to be compensated for by more generous pension plans and holiday.