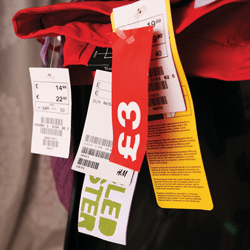 In an economy which is coming out of recession, Corporation Tax (or corporate tax) is suddenly in the spotlight again. In this article we look at what corporate tax is, and the types of role it encompasses.

So what is corporate tax?

Corporate tax is a direct tax that HMRC describes as follows: ‘Corporation Tax is a tax on the taxable profits of limited companies and some organisations including clubs, societies, associations, co-operatives, charities and other unincorporated bodies’. What is important is that it is paid on profits rather than turnover. As the old accounting saying goes: ‘turnover for vanity, profit for sanity’. Most people don’t appreciate that large businesses can have huge turnovers but actually be loss making. This is the crux of much of the media attention around the tax affairs of companies like Starbucks and Amazon at the moment.

Any company or organisation which is based in the UK has to pay Corporation Tax on all their taxable profits – no matter where in the world those profits arise. Companies which are based overseas but operate in the UK – perhaps they have a branch or office here, but are headquartered abroad – only pay UK corporate tax on the profits arising from the trade in the UK.

It is not enough for a company to simply pay over its corporate tax to HMRC – the company also has to report its tax liability and the supporting calculations. Unfortunately, HMRC like to have proof, and won’t accept a guess or estimate of what the tax due might be! These calculations are called returns. The company also has to show in its accounts that it has made provisions from its profits to pay for the tax. This is the most basic way that a career in corporate tax begins, as someone has to analyse the company’s accounts, review its income and expenditure and work out what constitutes a profit for tax purposes. This is called tax reporting and tax compliance (called so because it is being ‘compliant’ with tax legislation).

So how does this affect you? Many tax professionals make their careers from tax reporting and compliance. They train in accountancy firms or within in-house tax teams in large companies or banks. Usually they complete a qualification such as the ACA, ICAS, ATT or CTA or a combination of them. Graduates training in corporate tax in accountancy firms usually start off by learning how to do tax calculations and tax returns. Even if they work in advisory teams, they usually have to complete some part of their training in compliance. As they become more experienced they move on to reviewing the work of more junior staff and then on to managing teams and projects.

Some of the larger firms such as the Big Four have compliance centres which prepare the basic computations – some of these centres are in the UK and some are abroad. Often as a trainee in a Big Four firm you will complete a secondment or work placement in a compliance centre.

Transferring between big and small firms

It is not just large companies that pay corporate tax – any UK resident company that makes a taxable profit has to pay. So even small businesses such as your local takeaway or drycleaners may have to file a corporate tax return and pay corporate tax. These businesses also need tax advice, so if you don’t like the idea of working for a large international accountancy firm you could still have a career in tax working in a smaller local practice.

Luckily, tax experience is transferable, so if you start your career in a small practice but find yourself beckoned by the bright lights of a big city, you can always look at moving to a larger practice once you qualify. Similarly, many people who train in large firms later decide that they want to deal with smaller local businesses. Others decide that instead of advising a multitude of clients they would rather work in-house within a company and help it to get its tax right. In fact, being a tax adviser is rather like being a doctor – you can choose the type of specialism like general practice or surgery to suit your personality and aptitude.

Graduates looking at starting their career in a law firm can complete a ‘seat’ in corporate tax to help them decide if this is what they want to specialise in. Tax lawyers help companies to calculate the tax due on transactions, such as the sale of one company to another. They look at the ‘due diligence’ of the transaction, making sure that the sale is done in a legal way and that all tax is accounted for. They also advise on points of law related to tax (there are over 9,000 statutes relating to tax, so there is plenty to advise on).

Corporate tax advisers can develop specialisms such as capital allowances, mergers and acquisitions, research and development (R&D) or transfer pricing. R&D, for example, is linked to government backed schemes to try and create innovation in the UK. HMRC gives tax relief for companies which spend money on researching and developing new products or processes which could in future add value to the UK economy. R&D specialists help companies to claim these reliefs.

One of the key reasons people decide to start a career in tax, and why they remain in the profession, is that tax changes all the time. The government changes tax legislation to take account of changes in the UK and global economy and also changes legislation to close loopholes. Tax advisers make their money by advising businesses of these changes and how they affect them. A key attribute of being a tax adviser is the ability to communicate with clients, business leaders and the team that you work with. It is not just verbal communication, but the ability to write clear reports covering complex points of tax law in such a way that the client understands how it affects their business. As your career progresses you may also need to develop sales skills to pitch to businesses for their tax work.

Ultimately, a career in corporate tax can lead to partnership in an accountancy or law firm, or a Head of Tax role in industry. As accountancy firms become increasingly accommodating to lifestyle requirements, the modern corporate tax specialist can have the best of both worlds: a lucrative professional role which can be comfortably balanced with family or other external commitments.