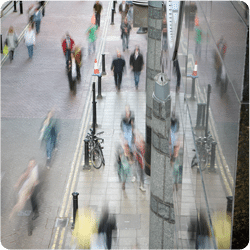 Regulatory organisations
The current system of regulation is divided between the Financial Services Authority (FSA), the Bank of England and HM Treasury.

FSA
The FSA is an independent body that regulates the UK financial services industry. It is accountable to parliament while remaining operationally independent of government and funded entirely by the firms it regulates. It has four statutory objectives:

The FSA implements UK and EU legislation but also has to ensure that regulation does not hamper the effective operation of retail and wholesale markets. It regulates about 30,000 firms including insurance companies, investment houses and financial advisers, and monitors them to ensure that they comply with the rules that protect customers, reduce fraud and prevent money laundering. Firms and individuals who do not meet its standards can face severe penalties. The FSA also approves individuals in certain job functions where they may be required to hold specific qualifications and complete a period of supervision before they receive approval.

Bank of England
The Bank of England is the central bank of the UK and is responsible for monetary policy. Monetary stability is controlled through influencing the price of money, in other words the interest rate. Financial stability entails detecting and reducing threats to the financial system as a whole, detected through the Bank’s surveillance and market intelligence functions. To maintain confidence in the banking system, the Bank may also act as lender of last resort to financial institutions in exceptional difficulties.

HM Treasury
HM Treasury is the Government department responsible for fiscal policy, managing government finances by raising and applying tax revenues. Since 2008, the Treasury has striven to navigate the UK economy through the biggest global economic and financial crisis since the 1930s. Its current efforts are focused on rebuilding the UK economy and implementing new international rules intended to reform the way that banks operate and prevent a similar global banking crisis.

European financial services regulation
The European Commission has adopted a ‘safety-first approach’ to regulating capital markets and participants and intends to fill gaps where European or national regulation is insufficient or incomplete. This includes tighter supervisory rules, taxation of banks, controls over hedge fund and derivatives activities, and reforms affecting the regulation of insurance business.

The ESAs will be able to overrule their national counterparts in three scenarios: when the national supervisor is in breach of EU law, when there is a disagreement between two or more national supervisors and when an emergency has been declared by member states.

Other changes include new measures to reinforce bank depositor, investor and insurance policyholder protection, and new measures on responsible lending and borrowing and use of credit histories. Tougher sanctions against market wrongdoing are also intended to boost public confidence in the system.

Radical changes to the way UK banks structure themselves and manage their retail banking activities have been proposed by the Independent Commission on Banking (ICB) in its final report published on 12 September 2011. If fully implemented, these recommendations will have a fundamental impact on the UK domestic banking market and UK universal banks’ role in global investment banking markets.

The recommendations, along with the European Capital Requirements Regulation, mean higher capital requirements for trading activities. The G20’s agenda for over-the-counter derivatives will also lead many mid-sized and most large banks to reassess what business they take on, their growth strategy, capital structure and legal entity arrangements. The ICB’s key proposals include:

UK retail ring-fencing
Retail banking operations should be separated from investment/wholesale banking functions, effectively creating a ring-fence around personal and small and medium-sized enterprises’ deposits and overdrafts. The aim is to provide continuity of service to more vulnerable customers, on occasions when other banking activities may need a substantially different approach.

Bail-in and depositor preference
A statutory power of bail-in (to recapitalise banks in resolution) should be created, with insured deposits to have preferred creditor status.

Increased competition
There should be improved processes for customers to switch accounts, and greater transparency so that customers can compare prices. However, proposals to create opportunities for non-UK banks to compete in the British retail banking market may also inhibit UK investment banking operations when competing globally.

Structural reform
Under ring-fencing, banks would be required to create separate stand alone subsidiaries with their own governance arrangements. There would be limits on their financial and operational links with investment or wholesale banking entities in the wider group. The ICB has allowed for flexibility over the positioning of other activities such as the corporate loan book.

Institutional reforms in the UK

Three key institutional changes will be implemented by 2013 as part of a wider effort to address fundamental failings:

The financial crisis has shown how interconnected global financial systems and economies are and demonstrated the need for greater international cooperation. The international agenda seeks to develop a framework that supports the growth of a stable, sustainable and competitive financial services industry. Vital areas of debate such as improving banks’ resilience and capital, without damaging their capacity to lend, are being taken forward internationally.

Achieving stronger regulatory reform and enabling financial and economic growth are not contradictory objectives – they support one another. Essential work is being done at the G20 level and through the Financial Stability Board, which recognises that without advancing an effective reform agenda, confidence and a sustainable recovery will be compromised. It is through reform that long-term economic growth will be achieved.