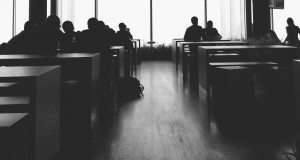 A recent study by job search engine Adzuna suggested that 2015 graduates are in a stronger position when it comes to finding a graduate role than their 2014 counterparts.

The data shows that there were 62,750 entry level jobs available to graduates in June 2015 across the UK, a 15.7% increase on 2014. Over 350,000 graduates are expected to apply for these positions, with an average of 3.98 applicants to every graduate role – a figure which rises to over 35 in the more competitive regions of London and the South East. Competition for graduate roles this year is set to be 9.2% lower than in 2014, a marked improvement in fortunes for university leavers.

Cambridge offers the highest paid entry roles with an average pay for the newly qualified close to £40,000 p.a. Graduates can expect to earn significantly less in the cities of Sunderland and Cardiff.