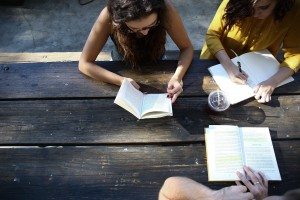 Maintenance grants for poorer students will be ‘scrapped’ and replaced with a new loan system, chancellor George Osborne has announced in his Budget, deeming the grants ‘unaffordable’.

Full-time undergraduate students from families with a household income of £25,000 or less in England and Wales are currently entitled to a grant of £3,387.

The grant helps less well-off students cover living costs while at university – in England, more than half a million students receive taxpayer-funded grants, worth in total £1.57bn a year. Mr Osborne said the cost of this would be set to double to £3bn in the next decade as the cap on student numbers was lifted. ‘If we don’t tackle this problem, then universities will become under-funded and our students won’t get places, and I’m not prepared to let that happen,’ he said.

The grants are not repaid – unlike the loans which cover tuition fees of up to £9,000 a year, which graduates start to pay off when their income reaches £21,000 a year.

According to the Budget document, this will save £2.5bn of public money by 2020/21. The change will come into effect for the academic year starting September 2016, and means graduates face an even heavier burden of debt to repay when they leave higher education.

The chancellor said it was justified due to the ‘basic unfairness of asking taxpayers to fund the grants of people who are likely to earn a lot more than them’.

However, Labour’s acting leader Harriet Harman responded, ‘A Budget for working people? How can he make that claim when he is making working people worse off and scrapping grants for the poorest students?’

Ministers may ensure that students from the very poorest families still qualify for grants – for example, by reducing the cut-off point from £42,620 to £25,000. They may also announce new moves to help young people from low-income families go to university. Vince Cable, who was responsible for higher education as Liberal Democrat Business Secretary in the Coalition Government, blocked plans to convert maintenance grants into loans.

But Sajid Javid, his Tory successor and an ally of Mr Osborne, is ready to back the move as he draws up spending cuts in a department that is not protected like health, schools and overseas aid.

The proposal would be controversial with students. But Tory ministers will insist that it would maintain financial support when students most need and want it. Surveys suggest they are more worried about living costs during their studies than about repaying their loans when they find work.

Osborne also revealed that from 2017/18, universities will be able to increase tuition fees in line with inflation, beyond the current £9,000 per year cap – if they can show that their teaching is of high quality.

Sir Peter Lampl, chairman of the Sutton Trust education think-tank, said converting maintenance grants to loans could ‘put off many low and middle income students and tip the balance against their going to university’.

He added, ‘Since grants were reintroduced, there have been significant improvements in participation from full-time less advantaged students, and this will be put at risk by today’s Budget plans’.

The latest budget will have a serious impact on future graduates and could see an increase in applicants for school leaver schemes.