Apprenticeships to be given same legal status as degrees 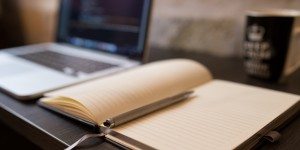 The government has announced that apprenticeships are to be protected by law, giving them the same legal status as degrees. It is hoped that this move will strengthen their reputation and ensure they are viewed by society equally as favourably as higher education.

The measure, which will give the government the power to take action when the term ‘apprenticeship’ is misused to promote low-quality courses, will be introduced as part of the Enterprise Bill, which will also include a commitment to create three million apprenticeships by the year 2020.

UK Skills Minister Nick Boles pointed out that more than 2.2 million apprenticeships have been created since 2010, adding: ‘If university graduates have their moment in the sun so should people who undertake apprenticeships. Businesses know their value so it’s high time they were recognised both by the public and in law as being equal to degrees.

‘We want far more employers to get involved in apprenticeships. This means making sure that we practise what we preach in government, so we’re going require all public sector bodies – schools, hospitals, prisons and police forces – to employ apprentices.’

See who is currently recruiting School Leavers here and if you’re not sure which route is right for you, we’ve come up with a comparison of the benefits of school leaver schemes vs. university, to help you decide.