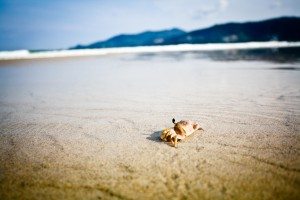 The Prudential Regulation Authority (PRA) and Financial Conduct Authority (FCA) are introducing new bonus claw back rules following recommendations made by the Parliamentary Commission on Banking Standards (PCBS). The rules proposed to come into full effect in 2016, with the majority activating on 1st July 2015, are designed to strengthen the alignment between risk and reward by introducing measures including longer deferral periods and claw back for all risk takers.

Senior management at PRA-regulated firms could have bonuses from as far back as 2005 partially or completely recalled; even if they no longer work for the same firm that awarded the bonus. Additionally, the new remuneration rules stipulate that claw backs will include bonuses already vested if ‘there is reasonable evidence of employee misbehaviour or material error’, or, ‘the firm or relevant business unit suffers a material failure of risk management’. This will be especially devastating in banking and investment sectors where bonuses are well-known to be increasingly generous.

It’s not just ‘fee earners’ who will have bonuses they’ve already spent ‘recovered’. Risk managers will be subject to the same rules. And everyone will have their bonuses deferred for longer.

The new regulations could also have a knock on effect on international bankers working in London who now might want to earn their money at home, where at least they’ll know it’s theirs to keep. ‘The UK now has the toughest bank pay rules in the world. The biggest concern for banks headquartered in the UK is the uneven playing field that now exists between the UK and the rest of the EU, adding to the existing differences between the EU and the rest of the world,’ says Jon Terry, partner and pay expert at PWC.