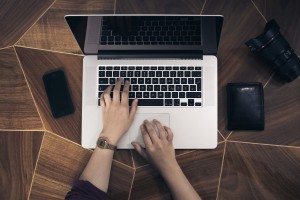 The latest Graduate Labour Market Statistics from the Department of Business, Information and Skills (BIS) shows good news for graduates. According to the data, the number of graduates in work has risen to its highest rate since 2007, with graduates and postgraduates benefiting from higher employment rates and increased likelihood of working in highly-skilled jobs than non-graduates.

Employment rates among the working-age population of graduates and postgraduates increased to 87.5% in the last quarter, compared to 69.3% of non-graduates, this is the highest level seen since the 88.3% recorded in Q4 2007.

The data also highlighted a small dip of £500 in the median salaries earned by graduates in full-time employment, to £31,000, although graduates were still found to earn significantly more than non-graduates. Conversely, postgraduate earnings have risen annually by £1,000 to £39,000.

Commenting on the data, Andrew Hunter, co-founder of Adzuna, said: ‘Making the leap from university to the “real world’ of work is becoming easier and graduate employment has now recovered to 2007 levels. In the last year alone, the unemployment rate among young grads has ticked down one per cent year-on-year, with fewer university leavers stuck in limbo between education and work. After years of stalemate, with fewer employees moving up or moving out of their positions, the labour market is now much more liquid, which has opened up opportunities for those new to the workforce.

‘Summer will see the next spurt of graduates released into the workforce, and conditions are in favour of them finding work. Our Jobs Report shows that 32 of the top 50 cities in the UK now have more jobs on offer than jobseekers, so grads with in-demand skills like engineering and IT can expect to be snapped up relatively quickly.

‘But the subtleties of the recovery also reveal a brightening picture for those who haven’t chosen the university route. The pay gap between grads and non-grads has slimmed – as grass roots businesses spring up across the country. The government’s pledge to support apprenticeships will help close this divide further. Our employers are hungry for skilled workers, whatever their background.’

Universities and science minister Greg Clark claimed the figures demonstrated that going to university was a ‘great investment’.

‘There are clear benefits to graduates and to the country from higher earnings and high levels of employment,’ he said. ‘This is particularly true for postgraduates, which is one reason why the government announced last week that the student loans system will be extended to people studying master’s degrees.’

Learn more about postgraduate funding and what course options are available to you here.