Government should grow up over EU says CIOT president 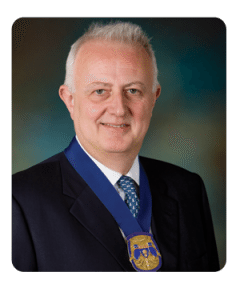 At his inaugural speech, new CIOT president Stephen Coleclough called for a more ‘grown-up’ approach to the EU.

Coleclough accused the UK authorities of taking a ‘slapdash approach to complying with rules that we help set’.

Until the end of 2012 he was President of the pan-European body for tax professionals (the Confédération Fiscale Européenne (CFE)).

Coleclough also plans to encourage UK tax advisers to take advantage of the entitlements and opportunities that UK membership of the European Union brings.

In the speech delivered to CIOT members at the Institute’s annual general meeting in London on Tuesday, Mr Coleclough spoke of the opportunity ‘to bring the collection of taxes into the 21st century’ represented by the HMRC’s Tax Agent Strategy.

However also warned that safeguards are needed to protect taxpayers and their advisers and ensure a ‘fair and balanced regime’.

Find out more about the CIOT and a career in Tax.